Skip to main content
You have permission to edit this article.
Edit
Home
Best Preps
Sports
Schools
The Zone
Share This
1 of 9 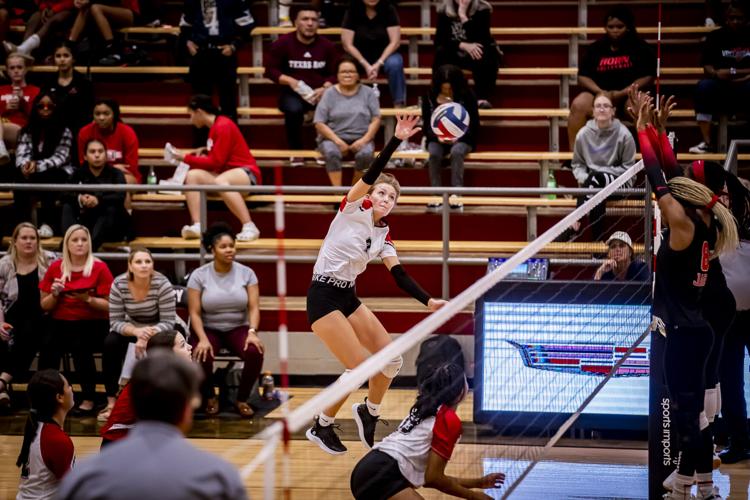 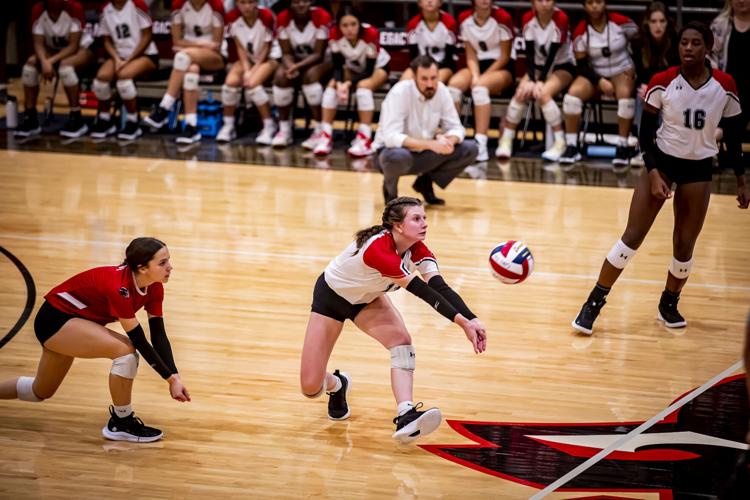 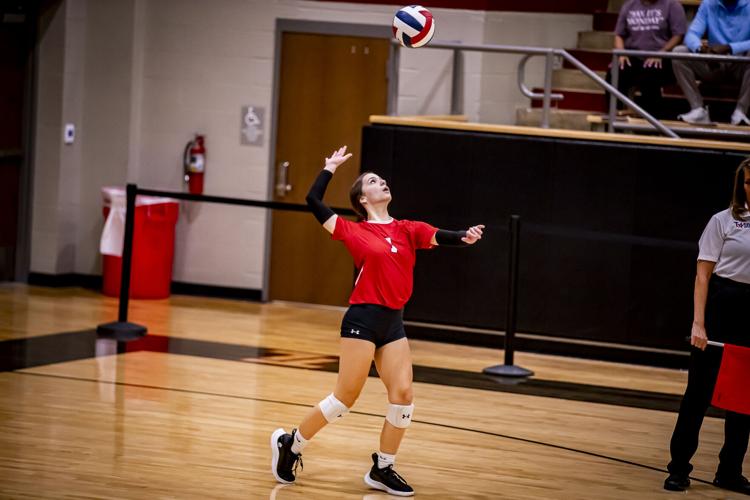 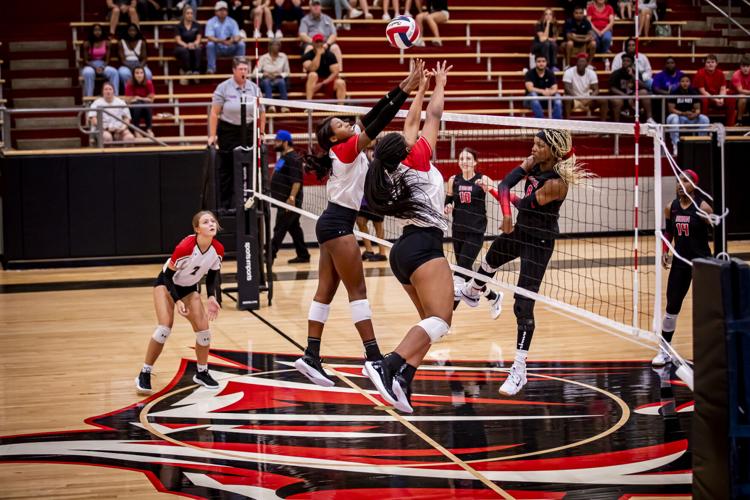 Tyler Legacy's Ahava Young and I'onna Jones go up for the block against Mesquite Horn on Tuesday at Tyler Legacy Varsity Gymnasium. 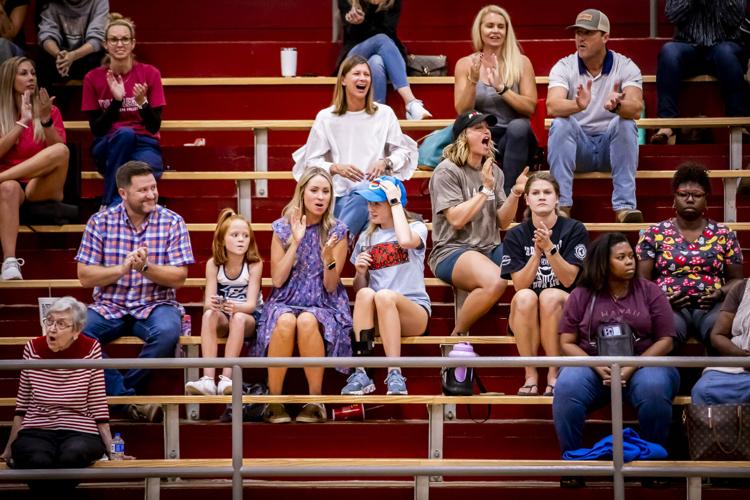 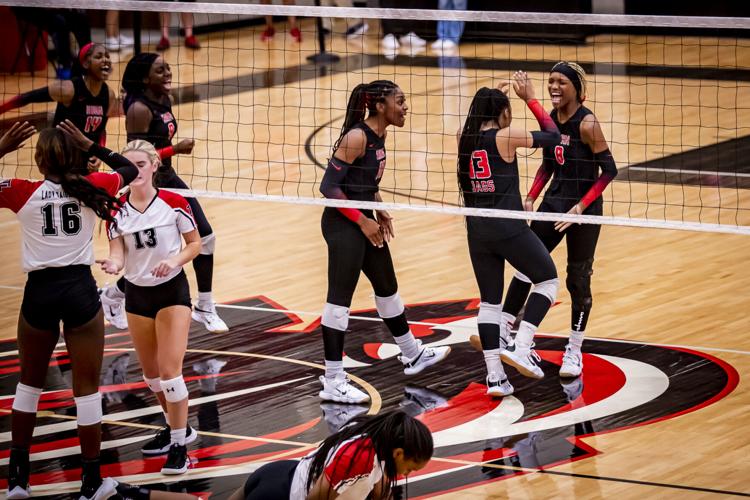 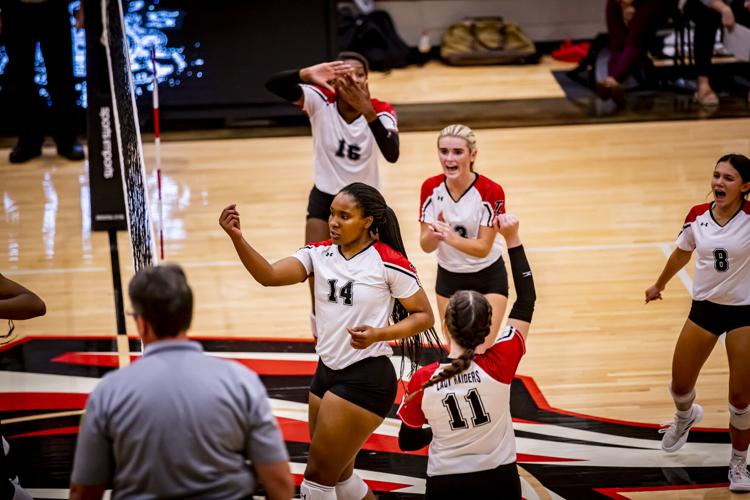 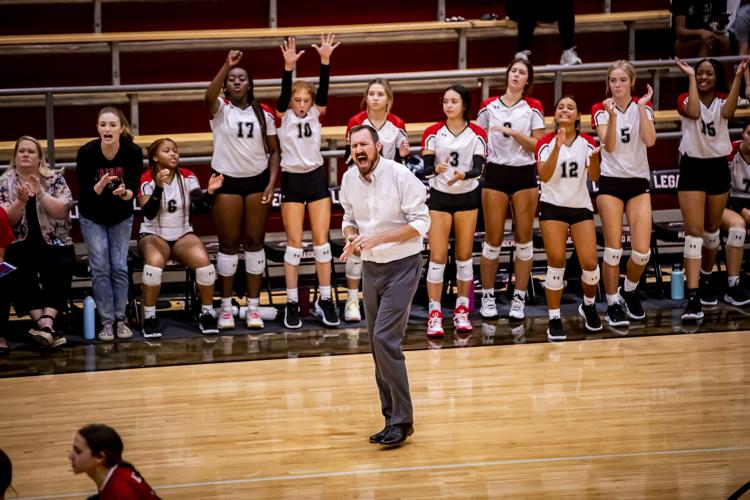 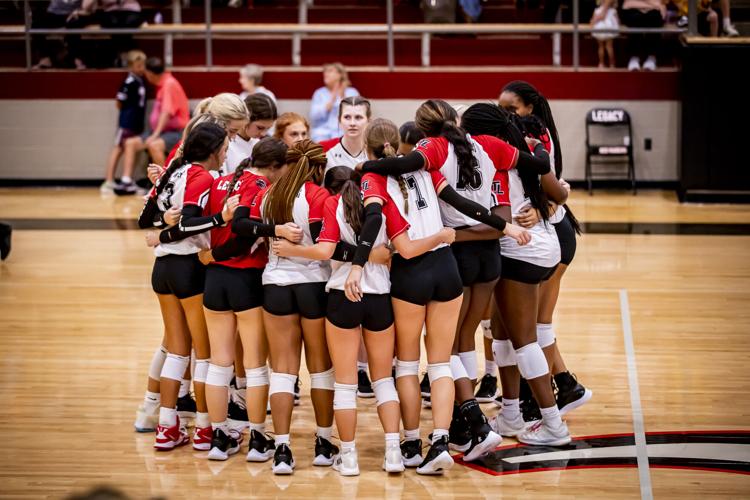 Tyler Legacy's Ahava Young and I'onna Jones go up for the block against Mesquite Horn on Tuesday at Tyler Legacy Varsity Gymnasium.

In front of a boisterous crowd, Legacy jumped out to a quick 3-0 lead in the opening set with two kills from I’onna Jones.

With the score at 15-14, Horn went on a 5-0 spurt with big plays from Bryanna Stanford and Jada Shepherd. It ended up being a 9-2 run overall, and after a tip kill by Legacy’s Ahava Young cut the score to 24-17, a serve out of bounds ended the set.

Horn led 15-10 in the second set before a 4-0 run by the Lady Raiders. With the score tied at 21 late following an ace by Kate Priest, Horn scored four straight points with Mosley getting three kills in that span.

Legacy scored the first four points of the fourth set with Laketa Smith teaming up for three blocks in the run. With the Lady Raiders up 6-2 following a Megan Lininger kill, Horn went on a 5-0 run to take the lead behind the serving of Mosley The score was 14-13 before a 5-2 run by the Lady Jaguars. With the score at 23-21, Hartsfield and Mosley got consecutive kills to end the match.

Legacy will play at Mesquite at 6:30 p.m. on Friday in the first of three consecutive road matches. Five of the next six matches for the Lady Raiders are on the road with the only home match coming on Oct. 7 against Rockwall-Heath.