Skip to main content
You have permission to edit this article.
Edit
Home
Best Preps
Sports
Schools
The Zone
Photos
Share This
1 of 9 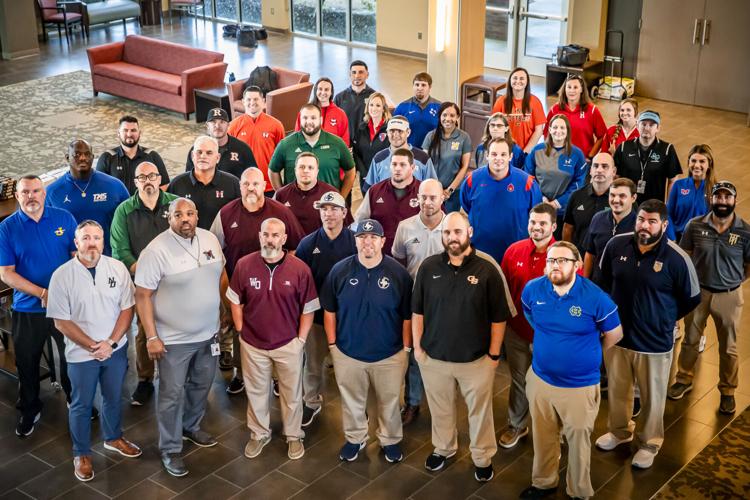 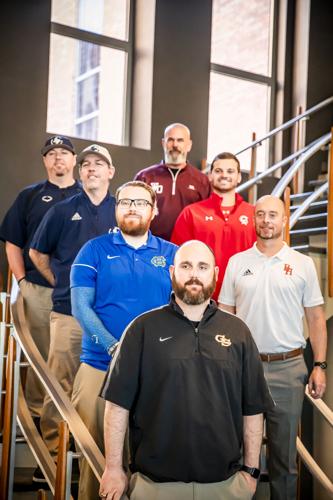 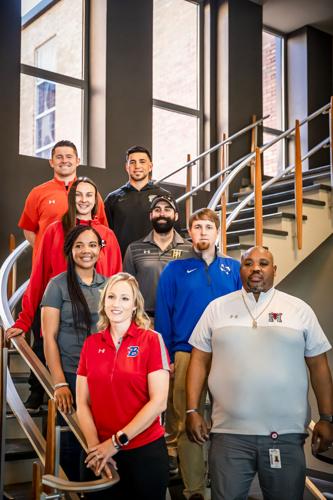 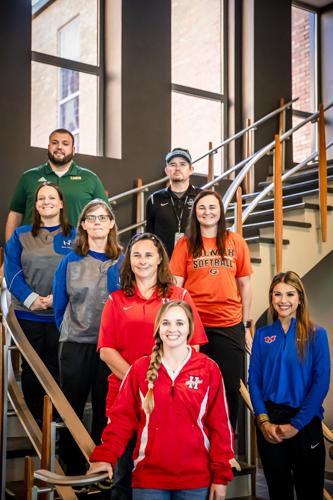 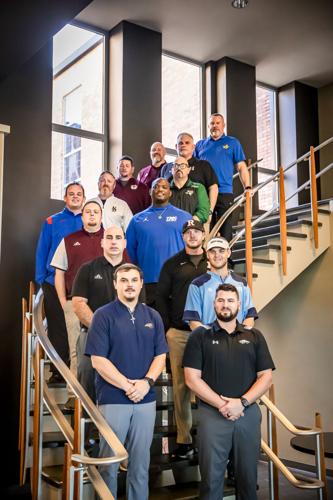 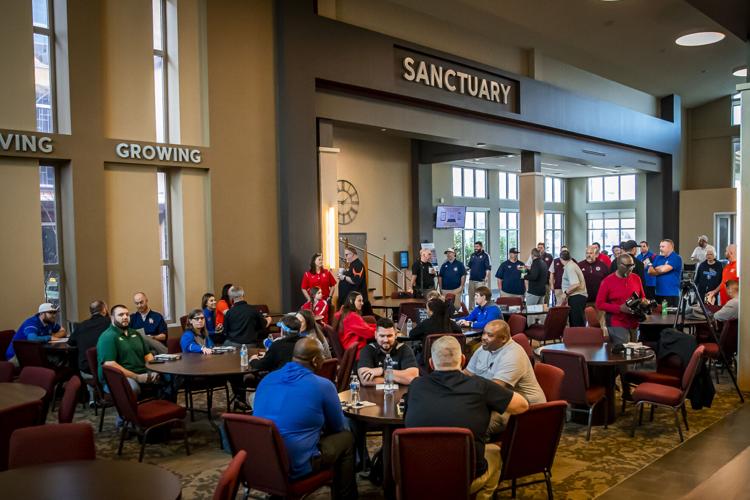 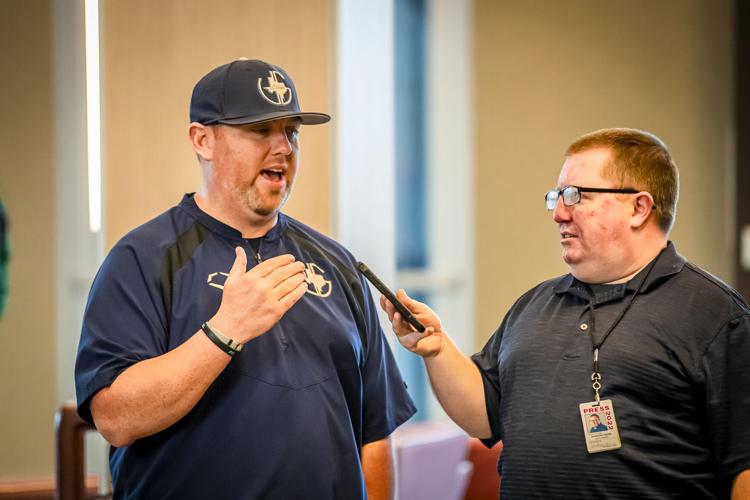 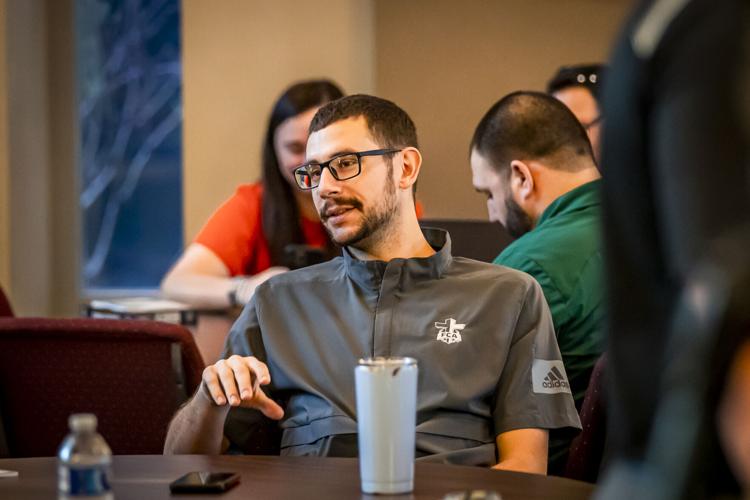 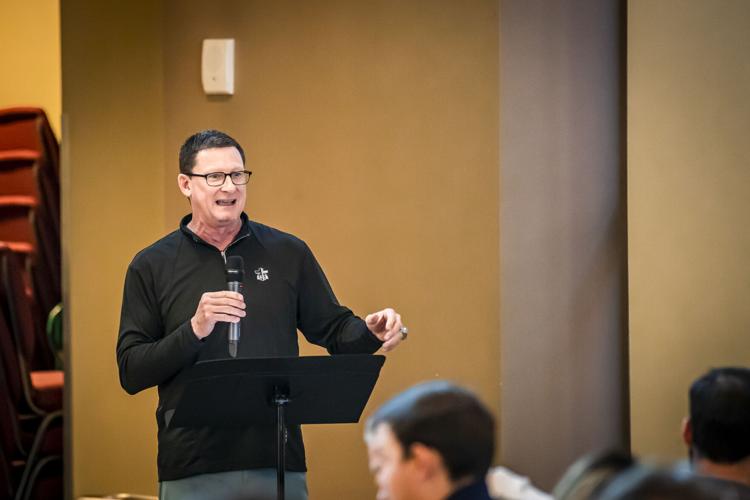 On March 14, Gilmer will host Harmony on the softball field.

Coaching Gilmer will be Keirsten Seahorn, while her mother, Sheri Seahorn, will be coaching Harmony.

Just three months later on June 2, the Seahorns will be on the coaching staff for the ninth annual Northeast Texas FCA All-Star Softball Game.

“It means the world to actually get to coach beside her,” Keirsten Seahorn said.

Sheri Seahorn is the head coach of the Red Team in the FCA softball game. She will be assisted by Keirsten Seahorn, Harmony assistant Whitney Phillips and West Rusk head coach Bill Morton.

Before getting to team up in the summer, the Seahorns will be in opposite dugouts in a regular season meeting.

“We get to coach against each other later this year,” Keirsten said. “We’re going to call it the Seahorn Showdown, so we will see how it goes, but it’s an honor and a blessing that she even asked for me to be here.”

Will there be a friendly rivalry between the two and maybe some trash talking on the side?

“Absolutely,” Keirsten said. “If I lose the game, the Seahorns will never let me live it down, so I have to come out on top, otherwise I’ll never hear the end of it.”

The Seahorns were two of several coaches who were introduced as coaches of the FCA All-Star games on Tuesday morning at First Christian Church in Tyler.

“This is the best day in January right here,” FCA Northeast Texas area director Robert Bardin said. “To get all of these coaches into this room and see the number of schools that are represented and know that it’s going to be a remarkable experience for them, it doesn’t get any better than that.”

The coaches also drafted their teams on Tuesday, something Sheri Seahorn said will be made easier by the wealth of talent in the area.

“I tell you what, there’s 37 schools, and you can’t go wrong,” Sheri Seahorn said. “It’s easy pickings this year.”

“This is my second year in a row to get to do this, first as head coach,” Halcumb said. “The best part is 100 percent the relationships. It’s such a great opportunity and environment to build those relationships.”

Coaching the soccer boys teams are Anthony Randle (Marshall) and Austin Walker (Forney) for the Blue Team and Tony Bowles (Rockwall), Jay Campos (Sunnyvale) and Josue Sabillon (Grace Community) for the Red Team. Caitlin Petrich and Joey Petrich are the game directors for both soccer games, and Angel Rocha (Pine Tree) is the consultant for both games.

“It’s a great honor,” Randle said. “It’s truly and honor to be here with the Fellowship of Christian athletes as I’m the sponsor of FCA in Marshall. I’m looking forward to have an opportunity to coach some different kids and have the chance to possibly lead them to Christ and be a part of a great organization.”

“When Robert sent me the message asking if I would do this, that was honestly one of the biggest honors I’ve had happen to me,” Pitts said. “As coaches, you need to be in this for the kids, and what better way to get through to kids than something like this. In a public school in Texas, we can’t really fully minster to kids. Doing this, you get a chance to connect with kids from the whole area. It’s a great experience.”

Pitts may have a chance to coach not only some of his current New Diana players but also possibly players he coached when he was an assistant coach at Tyler Legacy.

“It’s a huge honor for a lot of reasons,” Wells said. “For one, getting to coach a lot of kids that get to play their last high school football game. They get one more extra game with other good players. It’s awesome and such a great event to help young men continue their path towards Christ. It’s a huge honor for us, for me and the rest of the guys coaching in this game. This is my third one, and I’m very blessed to coach the other two times and obviously when Robert called me about this one, it was a no-brainer.”

Bardin is the game director of the football game, and coordinators are Scott Callaway (Bullard) and Luke Blackwell (Mineola).

The softball and baseball games are scheduled for June 2 with a location to be announced. The football game will be June 3 at Lobo Stadium in Longview. The soccer games will be played June 10 at Tyler Legacy High School.