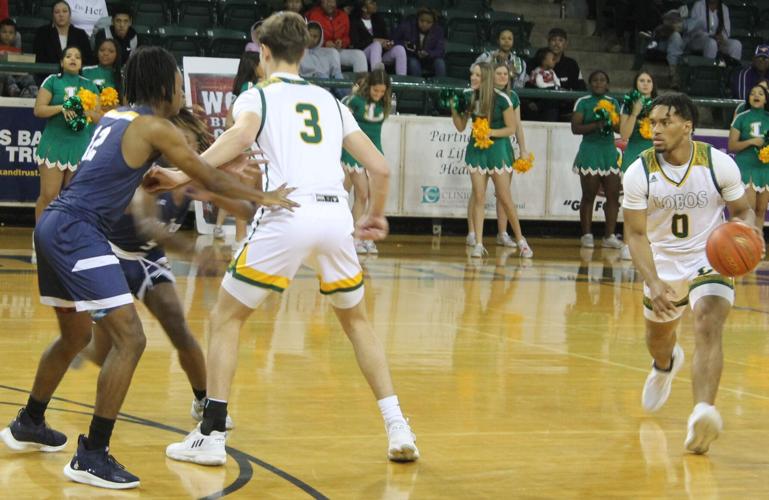 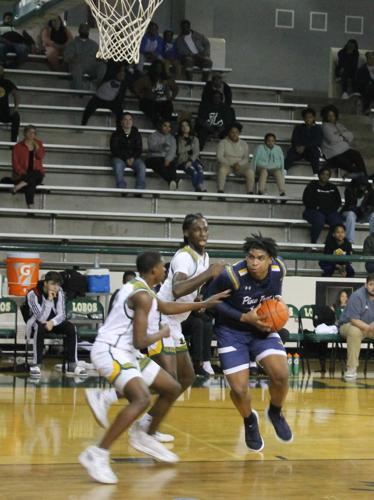 Longview dominated the middle two quarters with a 28-16 scoring edge, and had enough in the tank late to hold off a pesky Pine Tree squad in the fourth and final period, and earn a hard-fought 47-40 home district win at Lobo Coliseum on Tuesday night.

“We buckled down on defense,” Longview boys basketball head coach Sam Weaver said of one of the factors that allowed his team to hold off Pine Tree in Tuesday’s win. “We got some key rebounds off missed shots. We [also] got some good outlet passes to go up and get some easy baskets.”

Longview and Pine Tree battled throughout the first eight minutes of the game, so the score was knotted up 8-8 at the end of the first quarter. The Lobos leaned on a balanced attack because Davis Justice, Robert Blandburg, Kendall Mitchell and Chris Wilder all produced two points, while the Pirates’ group effort featured three points from DJ Bates and Damien Kelly, and two from Dealyn Evans.

Longview finally found some space when it outscored Pine Tree 14-8 in the second period to take a 22-16 lead by halftime. Kendric Brown guided the Lobos with five of his nine game points, Blandburg produced four of his game-high 11 points, Mitchell earned three of his 10 game points, and Campbell Williams recorded his only points of the night on a successful field goal attempt.

The teams then traded similar plays to start the second half. Mitchell provided Longview with an early field goal 20 seconds into the third quarter, and Amare Gary followed with a Pine Tree basket at the 6:54 mark.

Evans split a pair of Pine Tree free throw attempts 62 seconds later, and Chris Head did the same for Longview at the 5:36 mark.

Pine Tree eventually cut its deficit to 25-20 at the 4:57 mark of the period, but Longview scored 11 of the final 16 points of the period, and produced the first basket of the fourth and final frame to build up a 38-24 advantage with 7:12 remaining in the game.

But, the Pirates stormed back with an 11-0 run to cut Longview’s lead to 38-35 with 3:41 to play. Cameron Spencer led the road team’s charge with eight of his 11 game points, Gary made two late free throw attempts to wrap up his nine-point performance, and Evans added one of his eight points during the stretch.

Longview eventually snapped its drought, and grew its advantage to 40-35 when Mitchell and Blandburg split a pair of free throw attempts between the 3:04 and 2:42 timestamps.

Pine Tree immediately answered with a field goal, but Longview wrapped up its latest victory with a late 7-3 run.