Skip to main content
You have permission to edit this article.
Edit
Home
Best Preps
Sports
Schools
The Zone
Photos
Share This
1 of 4 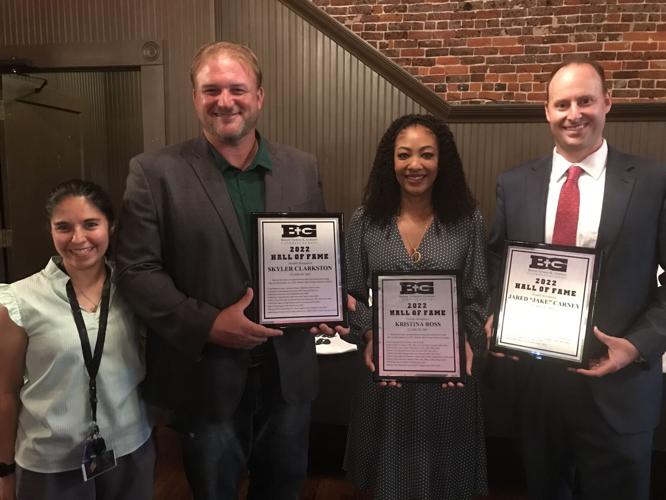 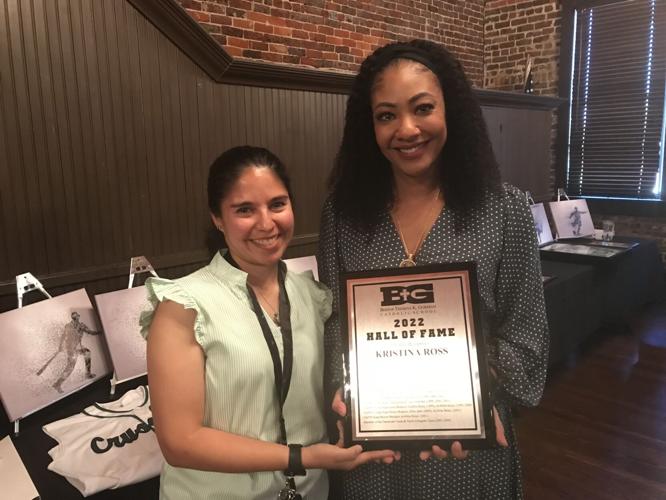 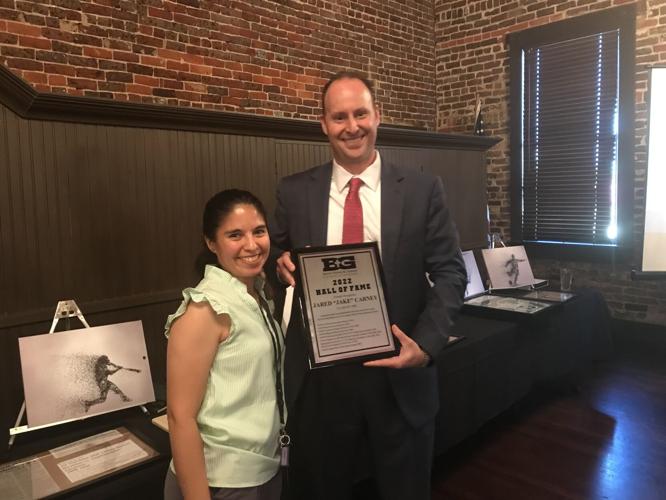 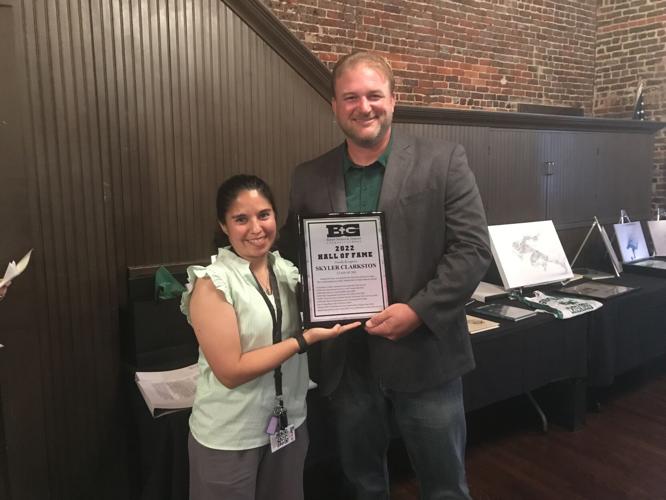 Family, friends, teammates and coaches gathered on Friday for the third Bishop Gorman Athletic Hall of Fame Ceremony at Rick's On the Square in Tyler.

Mark Scrito, who has four children who have graduated from Bishop Gorman, addressed the gathering. KLTV 7's Chief Meteorologist suffered a stroke recently and thanked those in the crowd of the prayers, noting he is gradually improving.

Each honoree spoke and thanked God, their families, coaches and the Gorman family. Ross even shed a few tears.

Carney had an extremely successful baseball career at Bishop Gorman that continued into the collegiate and the professional sports world post-graduation.

Carney was a four-year letterman from 1995 to 1998. During his time at Bishop Gorman, where he was named all-district each year. In 1997, he was named Offensive Player of the Year. In 1998, Carney was named to the TAPPS All-State team and was the Tyler Morning Telegraph All-East Texas Most Valuable Player.

From 1999-2001, Carney attended the University of Dallas where he was the starting pitcher all three years. The University of Dallas also won the American Southwest Conference East Division Championship all three years. He was named Newcomer of the Year in 1999, MVP in 2000, and United States Collegiate Athletic Association All-American in 2001. His record 27-5 with 227 strikeouts, and two no-hitters.

During the summers of 1999 and 2000, Carney competed in the MLB-sanctioned Summer Wood Bat Leagues: the Atlantic Collegiate League in 1999 and the Cape Cod Baseball League in 2000. Carney was named in “Baseball America” as a right-handed pitcher to watch; his pitching was likened to that of the pitching style of Nolan Ryan by the Major League Scouting Bureau.

After his junior year, he was drafted by the Tampa Bay Devil Rays and competed in two minor leagues: New York-Penn League and South Atlantic League (42 innings pitched, 40 strikeouts, 2 earned runs, and 0.64 ERA.

Carney completed his entire senior year in the fall of 2001, 26 credits in a single semester, earning his Bachelor’s Degree in Economics, before attending spring training in the spring of 2002. He was named Central League (Texas) Player of the Month for August 2003, posting a 4-1 record with a 1.41 ERA. In the spring of 2004, Carney retired from professional baseball to focus on his growing family. The University of Dallas inducted him into their Hall of Fame in 2007.

Carney was born and raised in Tyler where he is an active member in the Catholic community. He is married to Amanda Carney, and together they have five children. Post collegiate and pro career, he taught pitching professionally, then began a career in medical devices with Stryker Medical.

Clarkston transferred to Bishop Gorman his junior year and quickly took on major roles for Crusader soccer, basketball, and track & field. He lettered in all three sports for Gorman both years.

Following his high school career, Clarkston received a Division I scholarship to the United States Air Force Academy, where he played for three years. He earned Offensive MVP for the Academy in 2001. In 2004, Clarkston transferred to the University of Texas at Tyler, playing for the Patriots in his last collegiate year.

Clarkston returned to Bishop Gorman in 2004 as head coach for the middle school and high school boys and girls soccer teams. For 10 straight years, Clarkston led those teams to many victories, and he was honored as TAPPS District Coach of the Year in 2014. He coached many outstanding Crusader athletes, including 2021 Athletic Hall of Fame inductee Molly Richey.

Clarkston resides in Tyler with his wife Katie (Bishop Gorman Class of 2001) and their two children. Clarkston currently coaches for FC Dallas-East Texas Soccer Club and works as Sales Manager for Tyler Athletics. He is dedicated to serving the sports communities of East Texas for all their uniforms and equipment needs.

Ross made a name for herself as both a scholar and an athlete during her time at Bishop Gorman. She competed at the varsity level all four years of high school and collegiately for four years in track & field.

Ross was a four-year letterman in both cross country and track & field for the Crusaders. She competed at the TAPPS state meet in cross country each year and was a member of the first-ever TAPPS state championship team for track & field. Following that first state championship, her teams won for the next two years, making her a three-time state champion for 1999, 2000, and 2001. Adding to her state accolades, she was on the state champion 4x200 and 4x400 meter relay teams in 1999, and in 2000 defended the 4x400 title and earned another gold. She went on to earn silver medals, the first as an individual in the 200-meter dash in 2000 and then in 2001 as a member of the 4x200 meter relay team. She also earned a bronze medal with the 4x400 meter relay team in 2001.

Following her high school career, she signed for a scholarship to Dartmouth College for track & field.

Ross graduated from Dartmouth in 2005 and obtained her law degree from St. Mary’s University in San Antonio in 2011.

Ross resides in Tyler  and works with the Beard & Harris, PC Law Firm.

Davis added she is committed to be a contributing member to the betterment of our city and of our greater society.

To nominate someone for the Hall of Fame, go to https://www.bishopgorman.net/, athletics, hall of fame and nomination form.