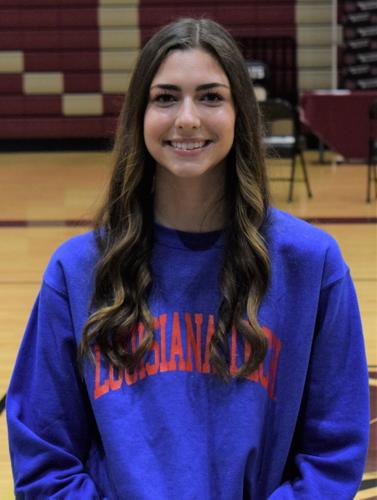 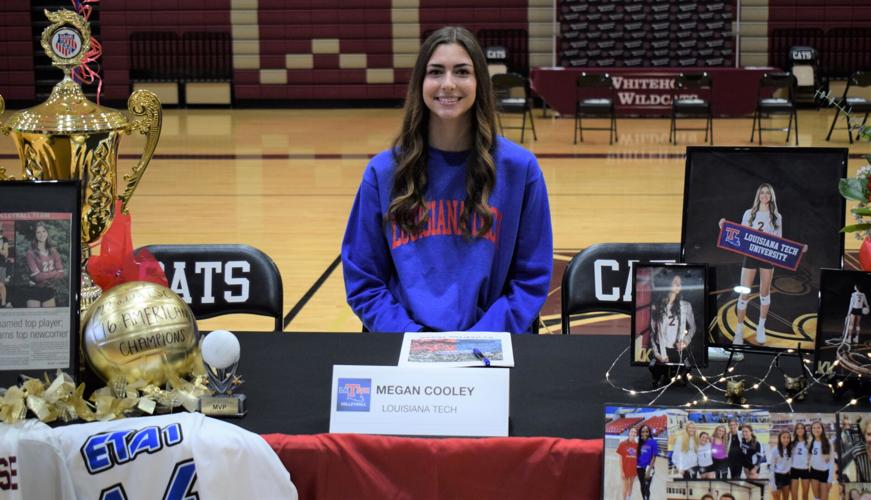 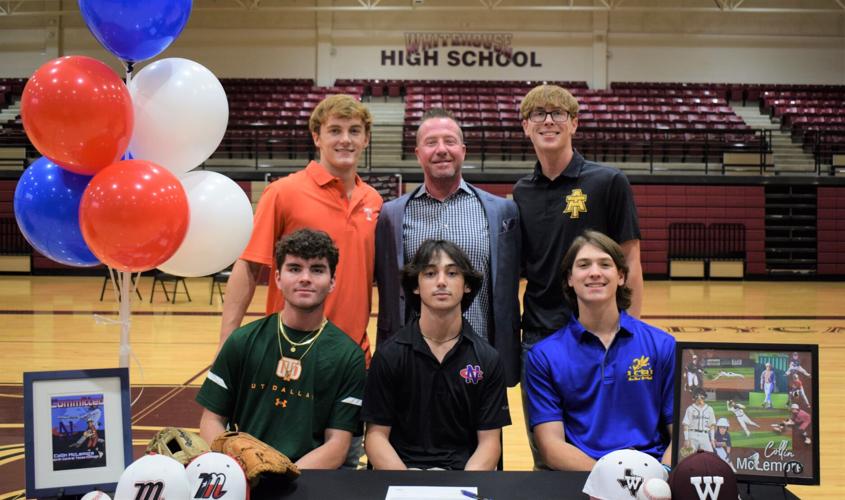 “We have to be pretty good with all of these baseball guys signing,” Whitehouse head baseball coach Greg Branch said. “No pressure, right?”

Cooley will continue her volleyball career at Louisiana Tech University.

“Today is a very special day because it’s basically my commitment non-verbally to the school,” Cooley said. “It’s set. It’s done. I can just relax. I don’t have to worry about anything else. I’m just really excited.

“I loved the girls. I loved the coach. Outside of volleyball, I loved the school. I really felt like I would fit in there for sure.”

Cooley was the Tyler Morning Telegraph All-East Texas Newcomer of the Year as a sophomore.

Cooley said she plans to major in biology.

Stone, a right-handed pitcher, is staying close to home to play baseball for UT Tyler.

“Their coaches are amazing,” Stone said. “UT Tyler seems like a great environment. I like that my parents and family members will be able to come and watch me.”

Stone said he plans to major in nursing.

Causey is a left-handed pitcher who also plays in the outfield. He will play for Arkansas Tech University.

“It’s a beautiful place,” Caussey said. “Everything about it, I liked it a lot. I feel like I have a lot I can bring to the table, pitching, hitting and in the outfield.”

Caussey said he plans to major in business and finance.

“It seemed like a good fit,” McLemore said. “Their infield is all graduating, so it’s going to give me an opportunity to potentially play my freshman year and start. I feel like I can bring great defensive ability, be a contact hitter that can get on base and steal a couple of bags.”

McLemore said he plans to major in business.

Bean, a pitcher and first baseman, will play for the University of Texas at Dallas.

“Starting off with baseball, their coaches are unlike any other,” Bean said. “It’s like you’re a part of a family.”

Bean knows about family as he currently plays for his father, Branch.

“I’ve gotten to meet some of the players, and they’re great guys. It’s a good program. On the school side of things, it’s a very prestigious academic school. Academics is something I take extremely seriously.”

Bean missed a year with elbow surgery but said his velocity is back up.

Bean said he wants to study pre-med with hopes of becoming either an orthopedic surgeon or neurosurgeon.

Miller will play at LeTourneau University.

“I really enjoyed the coaches there,” Miller said. “I got to meet some of the players too, and it was truly just like a family, similar to what we’ve built here at Whitehouse. I wanted something like that to translate over to my college experience.”

Miller is a right-handed pitcher who throws sidearm.

Miller said he plans to major in kinesiology in hopes of being a chiropractor.