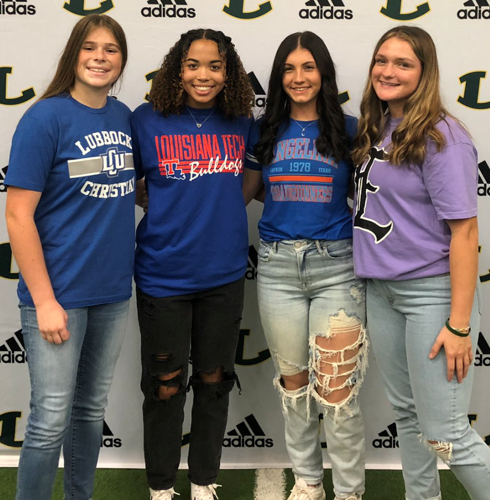 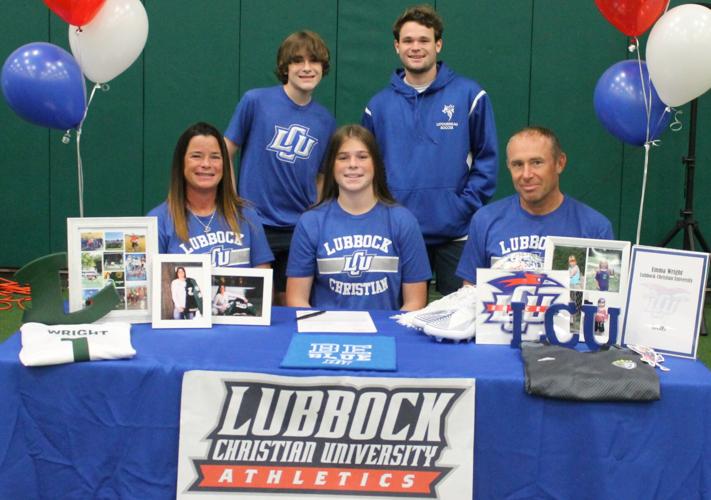 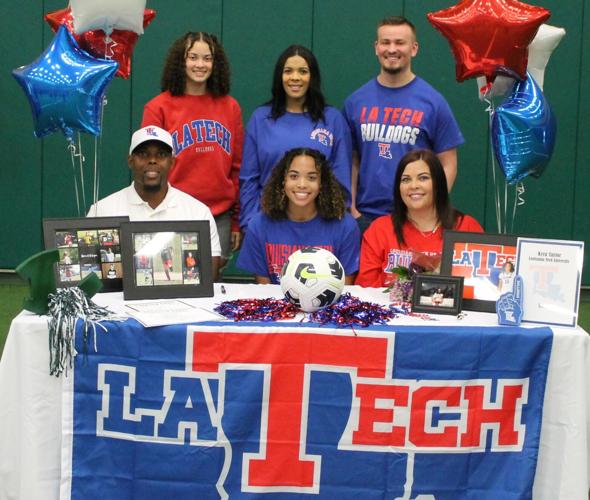 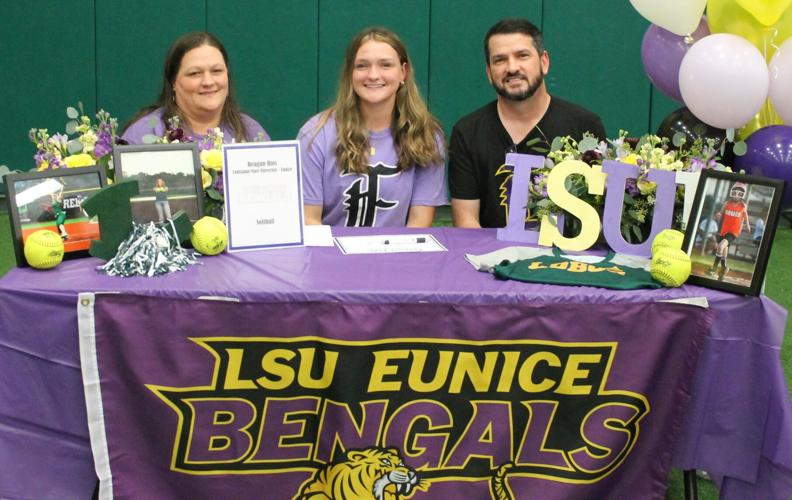 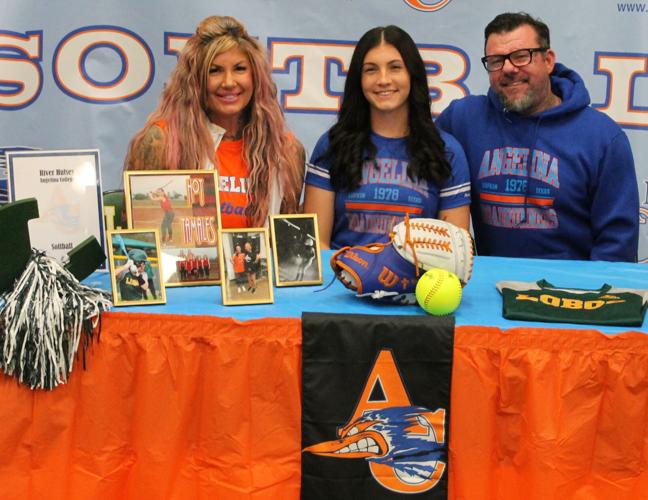 Longview High School hosted its latest signing day ceremony at its Turf Room on Wednesday afternoon, and celebrated the career advancements of four of its female student-athletes.

Kyra Taylor and Emma Wright are headed to college for soccer, and Reagan Rios and River Hulsey will participate at the same level for softball.

“I’m excited to further my soccer career at Louisiana Tech,” said Taylor. “I just really love the coaching staff. The girls are really sweet and welcoming. I really like them and the facilities. Everything is super nice, and I knew that I wanted to play there in that environment.”

“They prepared me for what I’m going to need to do in college,” she said of how her time with Longview athletics prepared her for the competition ahead. “I need to keep up the work ethic that I’ve had here, and continue it to the next level.”

Wright has played soccer for Longview High School, and signed with Lubbock Christian University. She earned 15 shutouts during the 2022 high school season, and was eventually named the District 15-5A goalkeeper of the year.

“I’m excited to play at the next level,” said Wright. “My work and dedication have paid off. I’m just happy that I was given this opportunity.”

“It checked off my boxes athletically and academically,” she added. “I feel like this program is successful, and I think it will help me grow as a goalkeeper.”

Rios was one of the Longview athletes that shined on the softball diamond, and is looking forward to her career at Louisiana State University Eunice.

“I have been playing since I was six, so it’s been a lifelong dream of mine,” Rios said of the opportunity to continue her softball career at the college level. “I’ve been looking forward to it my entire life.”

“I’m really excited because a lot of girls at Eunice are known for moving on to the next level, and going to big D1 schools,” she continued. “When I went there, everything felt like home to me. The town’s very small, it’s a close-knit community, and I just loved everything about it.”

Hulsey is one of Rios’ high school softball teammates, and will stay in East Texas during her time at Angelina College. She produced a .406 batting average, 19 runs, 17 RBIs, nine doubles, and three triples during the 2022 high school campaign, and was named District 15-5A’s Defensive MVP.

“It’s just great to finally be able to go to the next level,” said Hulsey. “It’s such an amazing opportunity. It’s a dream come true.”