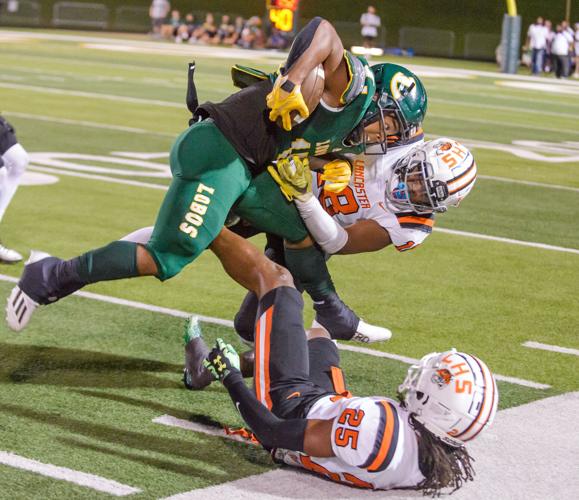 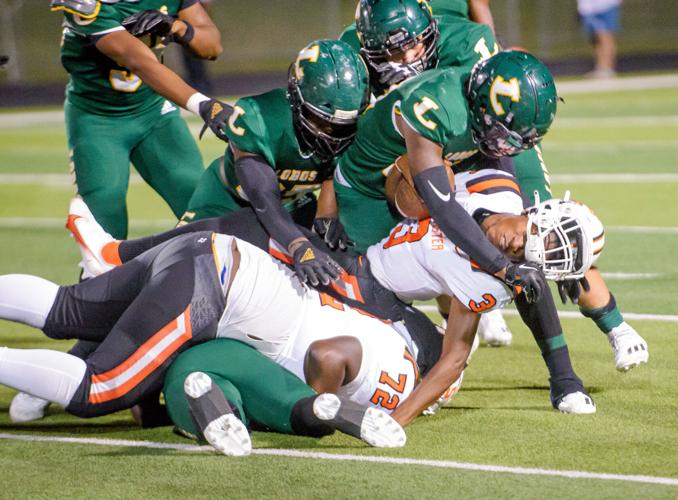 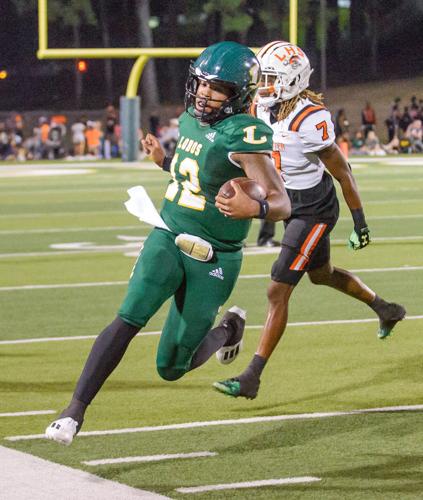 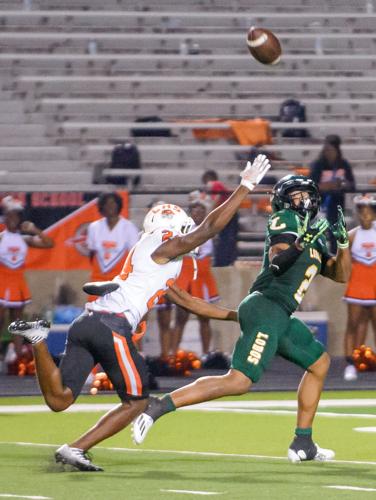 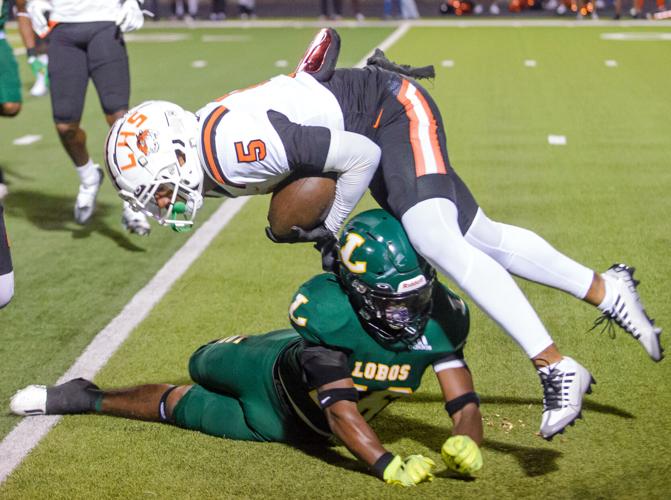 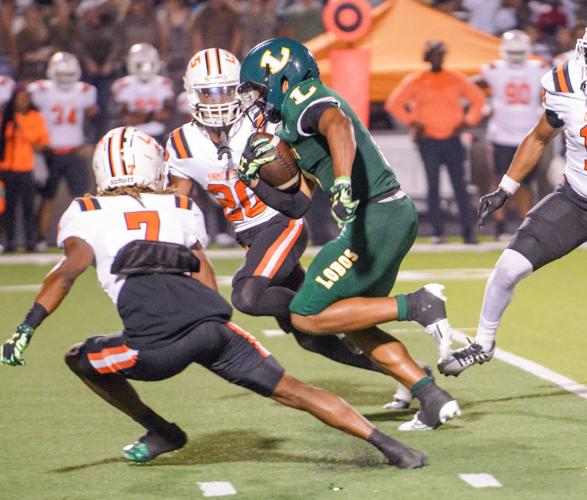 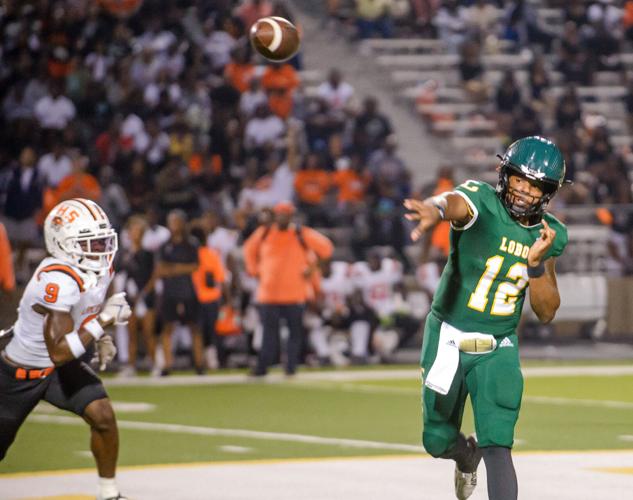 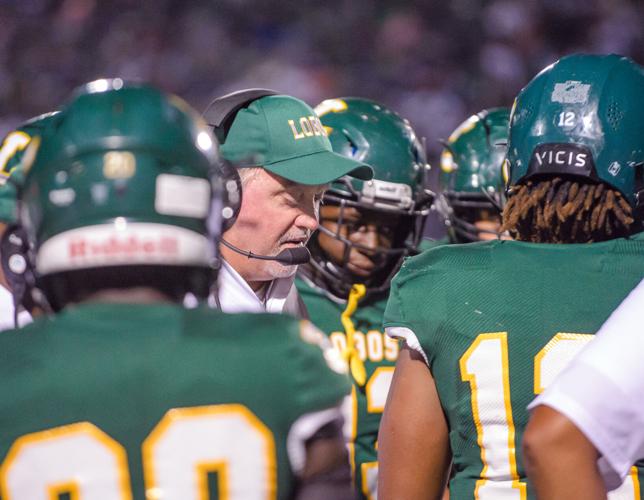 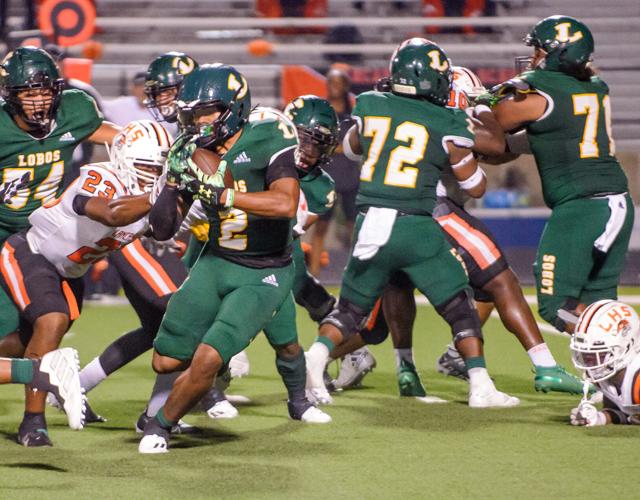 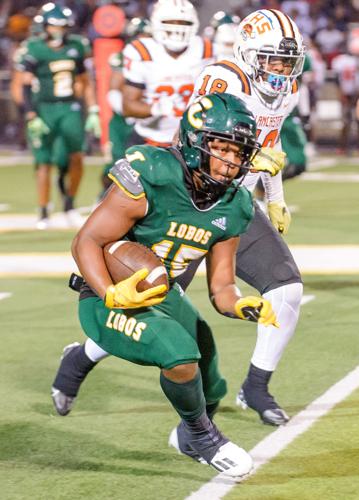 Longview struggled to find its footing in the first half, and trailed after the first and second quarters, but leaned on a strong Taylor Tatum rushing attack to bounce back and earn an important 21-13 District 7-5A Division I win on Friday night at Lobo Stadium.

Tatum produced 114 of his 188 rushing yards, 16 of his 26 carries, and both of his touchdowns in the second half to help Longview improve its overall season record to 5-0 and district record to 2-0. Meanwhile, Lancaster dropped its respective marks to 3-2 and 1-1.

“We were down at the half, and found a way [to win],” said Longview athletic director and head football coach John King. “Taylor [Tatum] had a big night running the football.”

“Lancaster’s a really good football team,” he added. “It’s well-coached, fast and physical. We found out a little bit more about ourselves tonight. They presented some problems that we gotta get fixed. Those guys are going to make a run in the playoffs.”

Longview received the game’s opening kickoff, but was immediately forced into a quick three-and-out on its first drive.

Lancaster’s offense jumped at the opportunity, and quickly stormed down the field on its first possession of the night. Quarterback Jaquavius Pipkin led the charge when he found receiver Ti’Erick Martin on a 15-yard touchdown pass to give the Tigers a 7-0 edge at the 7:19 mark of the first quarter.

Along with finding ways to slow down the Pipkin-led Lancaster team, Longview also had to overcome Jordan Allen’s two first half interceptions. The first occurred when he tossed a pass to the Tigers’ Jaitlin Hampton in the end zone at the 10:51 mark of the second quarter.

Longview bounced back when Allen found Wednesday’s Alabama commit and receiver Jalen Hale on a 35-yard touchdown pass. That made it a 7-7 score at the 7:37 mark of the second period.

Lancaster retook the lead at 13-7 when Kyson Brown scored on a one-yard touchdown run with only 40 seconds remaining in the first half, but the ensuing extra point attempt flew right of the uprights.

Longview answered with a nice kickoff return, but was unable to take advantage of the field position because Allen was intercepted by Noah Boulieu with only 13 ticks remaining in the half.

The Lobos did refocus after halftime, and took their first lead of the night in the third quarter. Tatum found the necessary space on a 37-yard touchdown run to give the home team 14-13 edge at the 2:07 mark of the period.

Lancaster quickly marched down to the Longview eight-yard line, but the Lobos’ Ta’Darion Boone stepped in front of one of Pipkin’s passes in the end zone to force an important defensive stop and turnover at the 9:29 mark of the fourth quarter.

Longview then turned to its run game, which saw Tatum carry the ball nine times for 45 yards in the final period. His three-yard touchdown run with 59 seconds left in the game ultimately wrapped up his impressive outing.

Boone then wrapped up Longview’s win. He earned his second interception of the event when he picked off Carter Jones’ pass on the final play.